Resident rotations take place at the following five hospitals. Learn more about each. 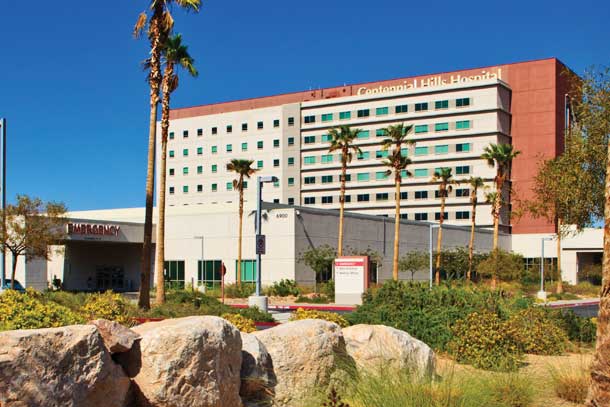 Centennial Hills Hospital Medical Center opened its doors in January of 2008. The hospital is an eight-story building in the northwest serving both the Las Vegas and North Las Vegas communities. It is committed to providing quality care, including maternity, cardiology, critical and 24/7 emergency care. Centennial Hills Hospital Medical Center also takes a progressive approach to health promotion and was the first tobacco-free hospital campus in Nevada.

Desert Springs Hospital Medical Center opened in 1971 and provides 24-hour emergency services. It features a designated area in the emergency department to treat patients with less serious injuries and illnesses. The hospital has long been referred to as “The Heart Hospital” by residents, due to its solid reputation as a leader in cardiac care. The hospital is nationally recognized for its diabetes, cardiac, stroke and bariatric surgery programs. 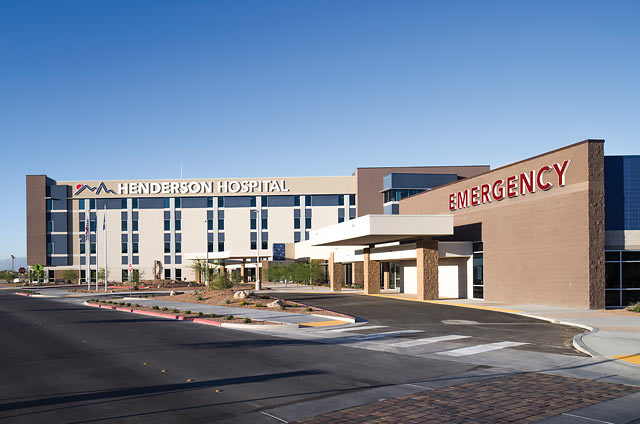 Henderson Hospital opened in October 2016 with 130-beds and an adjacent medical office building. Emergency services are offered 24/7 and include fast triage for non-life-threatening urgent care. Patients can turn to Henderson Hospital for inpatient and outpatient general surgery. Women’s and children’s services include maternity care and a nursery for new arrivals. Henderson’s new Level II Neonatal Intensive Care Unit (NICU) will open in the second quarter of 2018. Cardiology services are offered, as well as radiology, laboratory services, respiratory services and an inpatient pharmacy.

In 2003, Spring Valley Hospital Medical Center became the first acute care hospital in southwest Las Vegas. Since then, we are proud to have grown alongside our community. The hospital has developed comprehensive services to meet the needs of area residents and visitors. This includes 24-hour emergency services, cardiology services with open-heart surgery, maternity services, in- and outpatient rehabilitation, surgical services with the latest robotic technology, a neuro/stroke program with neurosurgery and an advanced wound care center with hyperbaric treatment.

Located in a premier master-planned community, Summerlin Hospital Medical Center is one of the largest and most comprehensive healthcare facilities in southern Nevada. Serving the community for 20 years, the hospital provides residents with the services of The Children’s Medical Center, The Heart Institute and the BirthPlace for Women and Children, and Summerlin Hospital’s Robotic Surgery Center, featuring the da Vinci® Xi Surgical System. These services and others represent our continuing pursuit of medical innovation.

There were no results for your search.