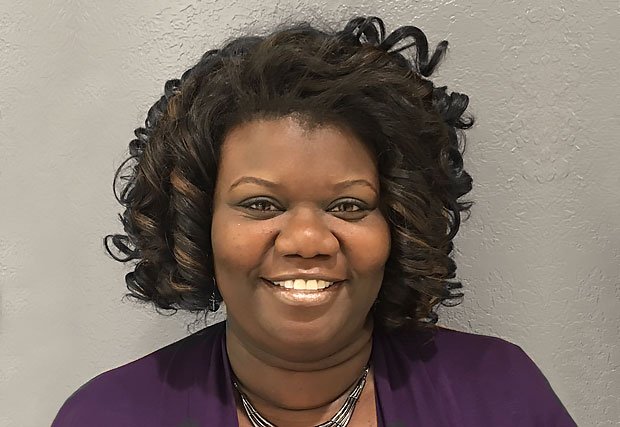 Zephanye Sistrunk, PharmD, clinical manager of pharmacy at Centennial Hills Hospital, was honored as Pharmacist of the Year by the Nevada Society of Health-System Pharmacists on October 28, 2017.

Nominated by a peer, the award is given annually to one member who has made significant and sustained contributions to pharmacy practice in Nevada. Qualities considered include outstanding achievements, continued self-improvement, community participation to improve welfare or morale, participation in advisory boards, councils or committees, and service to the organization and pharmacy as a profession.

As the clinical manager, Zephanye oversees all the clinical programs related to pharmacy, ranging from addressing antimicrobial stewardship and rounding in critical care areas to providing education to nurses and physicians on a variety of topics. She chairs the pain management committee and serves as pharmacy director Andrew Jackson’s right hand.

In addition to overseeing 15 pharmacists and 18 pharmacy techs, Zephanye also serves as an Advanced Pharmacy Practice Experience Preceptor at Roseman University of Health Sciences, University of Arizona and Creighton University, providing clinical expertise in Adult Acute Critical Care and mentorship to doctoral students in their final year of pharmacy school.

Outside of work, Zephanye is actively involved in the Psi Upsilon Omega Chapter of Alpha Kappa Alpha Sorority, Inc., where she serves as Recording Secretary and Chairman of the Target II Health Promotion committee, Chairman of the Connection committee, and Intermountain Cluster Coordinator overseeing eight chapters in Nevada, Arizona and Utah.

Zephanye and her husband have four children, and in her spare time, she enjoys volunteering for her children's schools, doing arts and crafts and planning events. According to Andrew, the latter also extends into her work at Centennial Hills Hospital, as she is often a volunteer for many social and fundraising activities held on campus.