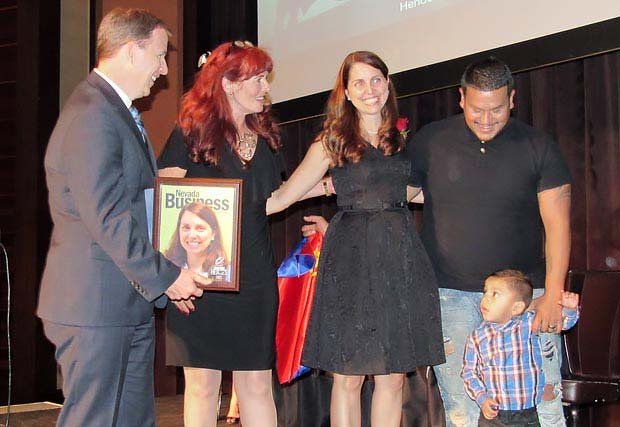 When registered nurse Gina Marsh finished her shift as the clinical supervisor within the Surgical Services department at Henderson Hospital earlier this year, she never imagined she would save a toddler’s life in the next 15 minutes.

While at a red light, she noticed a Henderson Police officer had parked behind another vehicle, pulled a child out of the backseat and was performing back thrusts.

“I realized the child was choking, so I did a u-turn, parked, identified myself and asked if I could help,” said Gina, a nurse of 22 years.

She knew time was critical since the toddler was unresponsive with blue lips, so she performed a finger sweep inside his mouth. He began breathing again and was whisked away by ambulance to a children’s hospital for further examination and testing.

Shaken at what transpired, Gina returned to her car, and spent the next several months wondering about the little boy and his family, whose name and fate remained unknown to her.

However, the team at Nevada Business Magazine had gotten wind of this “Action Healthcare Hero” and worked behind the scenes to create a heart-warming reunion during the Southern Nevada Healthcare Heroes dinner on August 30.

Upon reuniting with the little boy whose life she helped save, Gina crouched down to formally meet her young roadside rescue, wanting to see for herself how well he was doing. And to realize, once again, how much a nurse can make a difference in the lives of others.