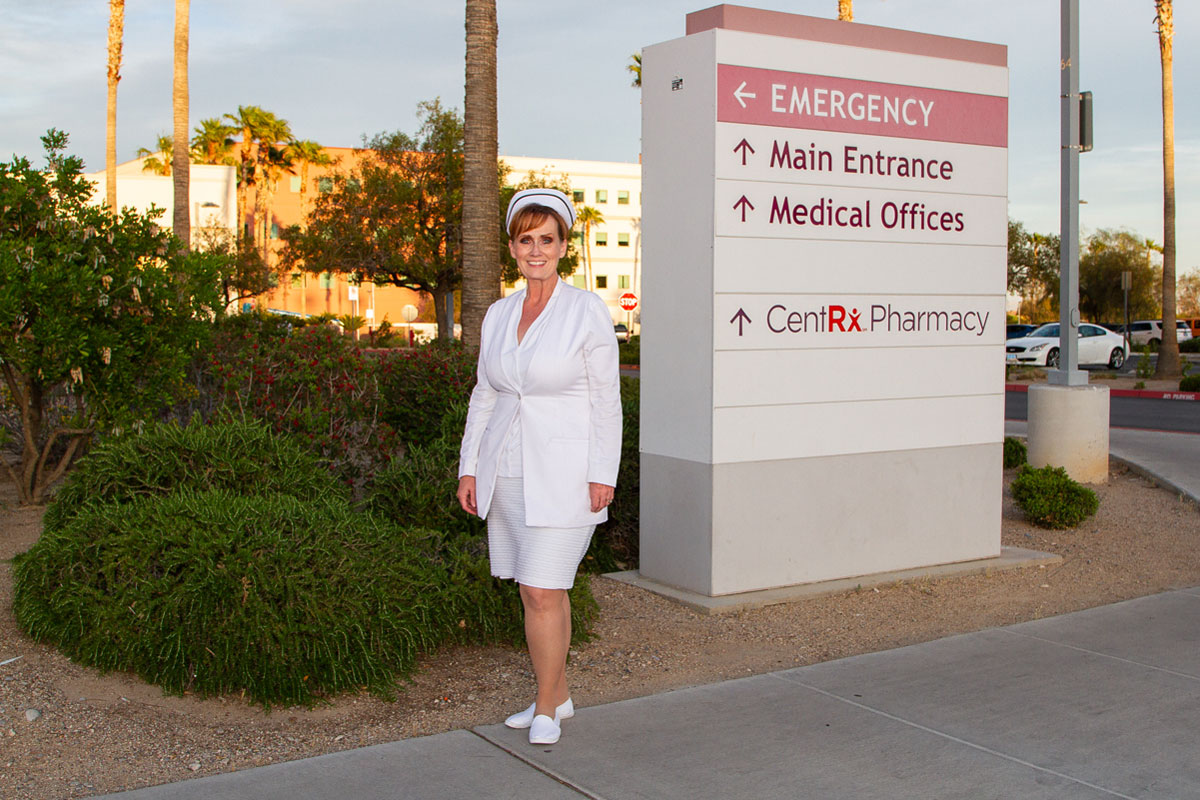 Photo was taken prior to wearing masks becoming mandatory in Nevada

Leading a Hospital During a Pandemic

Wright says the last several months have been the most trying time for her in her whole career. "I'm sure many of us have never experienced anything like this. I felt the immense pressure of leading a hospital during a pandemic, while also trying to keep our staff and patients safe during this unprecedented time," she says.

Wright worked with her teams in the COVID-19 units. "It was humbling to see the fear in our nurses' faces as I told them they were going to be a COVID Unit, and that I was not going to ask them to do something I was not willing to do myself," says Wright. "We were also concerned about running out of PPE, so we worked with our corporate UHS office, Environmental Services and Sterile Processing departments to sterilize what we had, according to the Centers for Disease Control and Prevention (CDC) guidelines."

According to projected case numbers, Wright says they were supposed to hit their peak on April 17. "I was watching that number every day, and when I checked it that day, it was updated that we hit the peak on April 11, so we had already passed it. It was like a huge weight was lifted off my shoulders," she explains. "I gathered the team and told them, maintaining cautious optimism. There was a collective sigh of relief, but they knew there was still work to be done." 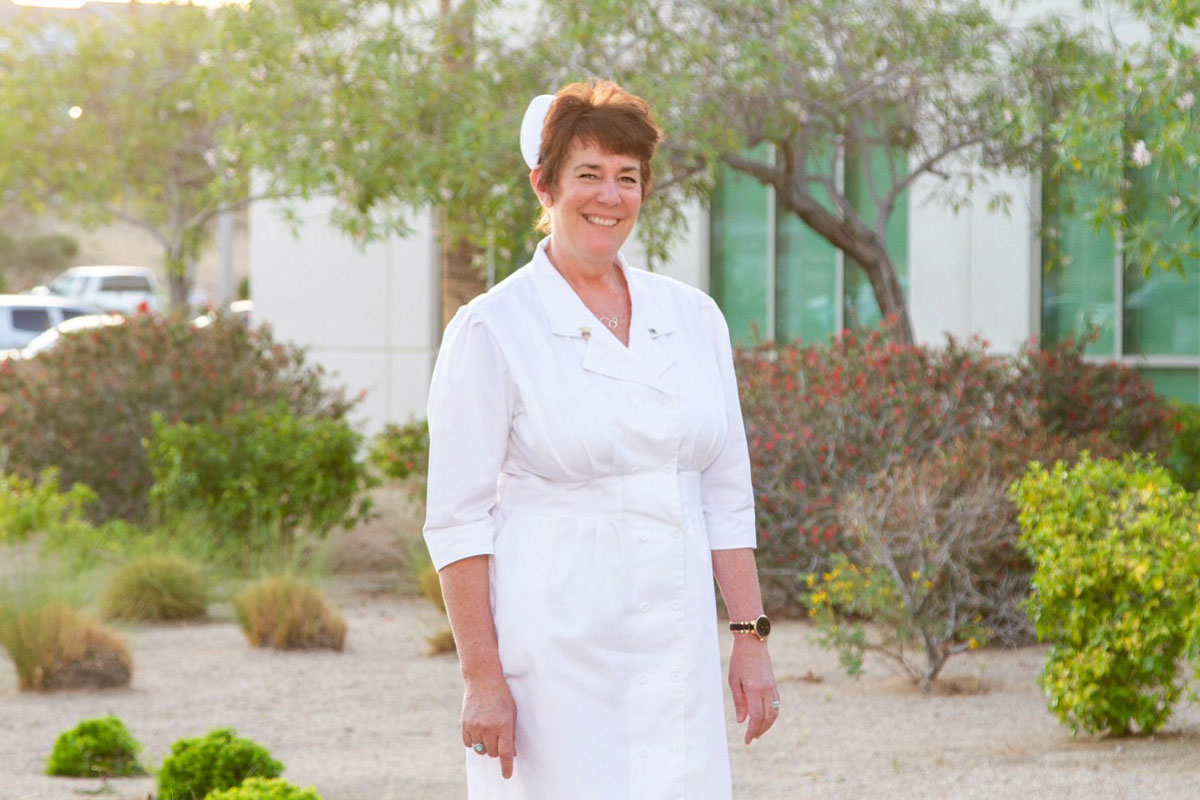 Photo was taken prior to wearing masks becoming mandatory in Nevada

Adzima quoted St. Francis of Assisi: "Start by doing what's necessary; then do what's possible; and suddenly you are doing the impossible." She says March 2020 felt like they were plunged into icy waters without a flotation device ... or a compass. "In my 41 years of nursing, I have never seen anything like this except for AIDS – but PPE was not an issue back then. As a leader, I spend countless hours with our team strategizing ways to stay a step ahead of shortages to protect our staff and monitoring patient volume to ensure safe staffing and care. Like everyone else, I rely on facts from our healthcare experts, both nationally and at our corporate UHS office," says Adzima.

Wright says she spent many sleepless nights worrying about what was going to happen and how they would operationalize everything they needed to do. "As we progressed through the challenges of the pandemic, those same nurses that were fearful in the beginning, had now transformed into brave warriors who were lifting my troubled soul. They were a source of strength for me. They locked arms and became one of the strongest teams I have ever seen. I have never been more proud to be a nurse," she says.

Adzima credits the ingenuity, teamwork, and positive attitudes of all the staff at Centennial Hills Hospital. "It makes me so proud to serve the people who conquer the impossible every day," she says.

Wright adds, "I am so humbled to be the CNO of Centennial Hills and feel privileged to be able to lead some of the most amazing nurses I have ever met. Thank you to everyone who has been a part of this AMAZING team."