Wound care specialists to the rescue 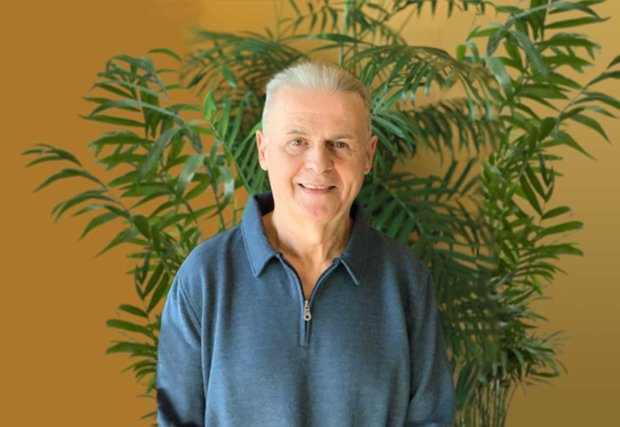 “ They’ve done such a fabulous job helping me.” — Thomas Rivello

Coping with circulation problems in his legs was something Thomas Rivello had dealt with for years, but when he developed a troubling wound near his left ankle, he became worried. “When I first got it, I felt like I might lose my foot. That’s how it felt, that’s how it looked,” he says.

He went to see a vascular doctor who explained the valves in his veins weren’t working properly, causing the blood to build up in his legs and his left calf to swell. “I had a lot of pain,” he recalls. “It actually kept me up at night.”

A procedure was needed to treat his veins, but before that could be done, the wound near his ankle would have to be healed. He learned about the Wound Care and Hyperbaric Medicine program at Summerlin Hospital and was immediately impressed by the caring and professional treatment he received. “They were very knowledgeable. They knew exactly what to do.”

His doctor, Maria Habbi, MD, explains that a team approach is used to address the underlying cause of the problem and optimize the whole health of each patient. “An important part of Thomas’ comprehensive care involved compression to control the swelling and support healing.”

As his wound went away, so did the pain, and he was able to look forward to being active again. “It’s to the point where I could jump up in the air and click my heels,” he says.

“I’ve been so comfortable with them,” he adds, remarking on how he was reassured by everyone on the team – from the receptionist to the nurses to the doctor.

He hadn’t heard of specialized wound care before, but now he stresses it’s something people should know about. “They’ve done such a fabulous job helping me. It’s fantastic.”